This search form uses an instant search feature. As you type, search results will appear automatically below the search field. When you've entered you desired search terms use tab to navigate through the available results and hit enter to open the selected page or document.
EDIT MAIN


Thank you for your hard work and dedication to your sports.

We appreciate the opportunity to honor the legacy you have left for the East Noble Community.

The sport of distance running, be it cross country or long distance track events, demands incredible stamina, prodigious amounts of personal discipline, and an innate ability to keep demanding more of yourself when everything in your body is telling you to stop. Mr. Ralph Foote possessed all of these unique qualities in an outstanding career that has earned him a place in the East Noble Hall of Fame.

In a career spanning from 1963-1967, Ralph was very active athletically, lettering in both Cross Country and Track for all four years of his high school experience. He not only participated in these sports, but displayed a level of excellence that is rarely seen in the high school ranks, earning All-Conference honors in both Cross Country and Track all four years in high school, an incredible accomplishment and a testament to his prowess in his selected sports.

Mr. Foote won multiple honors for his craft; he was the champion of the Fort Wayne Cross Country Regional in 1965. In 1966 he earned All-State honors in Cross Country, eventually winning a 5th place finish in the state meet. In the spring of 1967, he also earned All-State honors in track and field in the 2 Mile event. He capped off his high school career by winning the Pop Guymon award, honoring him as the top athlete at East Noble High School.

Following his stellar high school career, Ralph began his college career, continuing his athletic excellence at Taylor University in Upland, IN. At Taylor he became a three time All-American, earning All-America honors in Cross Country in 1969 and 1970 and in indoor Track and Field (the 2 Mile) in 1972.

When asked to list some of his most memorable sports moments at East Noble, he mentioned being honored with the Pop Guymon award as one of his greatest honors. He also listed earning a 5th place finish in the 1966 Cross Country meet, which was held after a major snow storm. For his top high school sports memory, he placed winning the 1965 Fort Wayne Regional Cross Country Championship.

Mr. Foote currently resides in Bloomington, IL, where he spent 20+ years as a pastor; currently “semi-retired,” he works in security at State Farm Park. He and his wife have four adult children.

Ralph Foote has left an indelible mark in the annals of East Noble High School Cross Country and Track; Mr. Foote, East Noble welcomes you to the hall of fame! 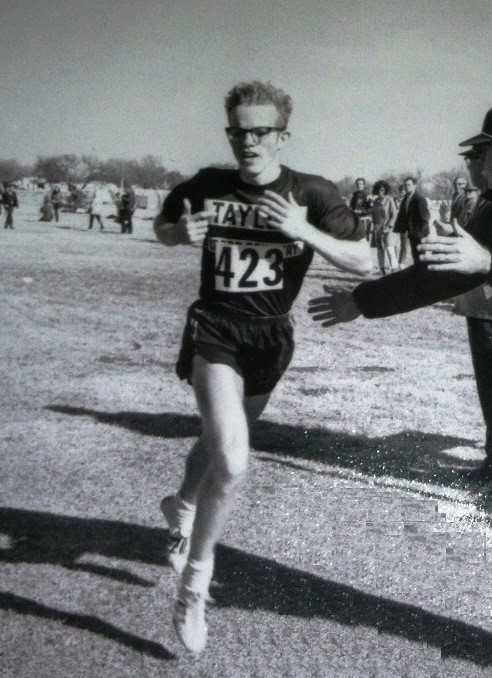 Few athletes from Northeast Indiana have had the type of successes collegiately and professionally as Brad Miller experienced during his career.

Born and raised in Kendallville, Mr. Miller came up through the youth leagues of Kendallville; many fans remember him as a 5’10 middle school guard who grew in leaps and bounds until he became a 6’10 East Noble High School center.

Once he arrived at East Noble, Brad was a dominating figure in the Big Blue Pit. This dominance was in full display during a game which he stated was one of his most memorable at East Noble, his junior year vs. Concordia, where he had five dunks in the second half. Miller set numerous season and game rebounding, scoring, and assist records while at East Noble.

His career continued collegiately at Purdue University, where he was a four year starter. His best statistical year was his senior campaign at Purdue, which saw him average 17.2 points and 8.8 rebounds a game on a team that was 28-8 and advanced to the Sweet Sixteen in the NCAA tournament. He finished his career at Purdue as the first player in the program’s history to record over 1,500 points, 800 rebounds, and 250 assists in a career.

Brad’s success continued in the National Basketball Association, playing for 6 NBA teams during a career that spanned 14 seasons. Named to the NBA East All-Star team as an Indiana Pacer during the 2002-2003 season, he was traded in the off-season to the Sacramento Kings, and promptly made the NBA West All-Star team, becoming one of a handful of NBA players to ever make the team in both conferences.

While basketball has taken him around the world, Brad has continued to call Northeast Indiana home. A lifelong friend stated “Brad has not forgotten his roots and his high school and college friends, and he always finds time to share his moments of free time with them.”

And for fans of East Noble Basketball, Brad has left an indelible imprint on their memories; as Tony Blomeke, a long-time coach, announcer, and follower of East Noble Athletics stated: Brad Miller was a constant reminder of what the players of his time epitomized. Brad was a tireless worker and a great teammate, always playing with great pride and poise, regardless of the pressure. While starring at Purdue and in the NBA Brad continued to demonstrate many of the habits ingrained in his game while at East Noble. Seeing this made it easy to point these things out to young players when teaching future Knights the game of basketball.

Brad currently resides in Sacramento, CA with his wife Abby and their daughter Anniston. 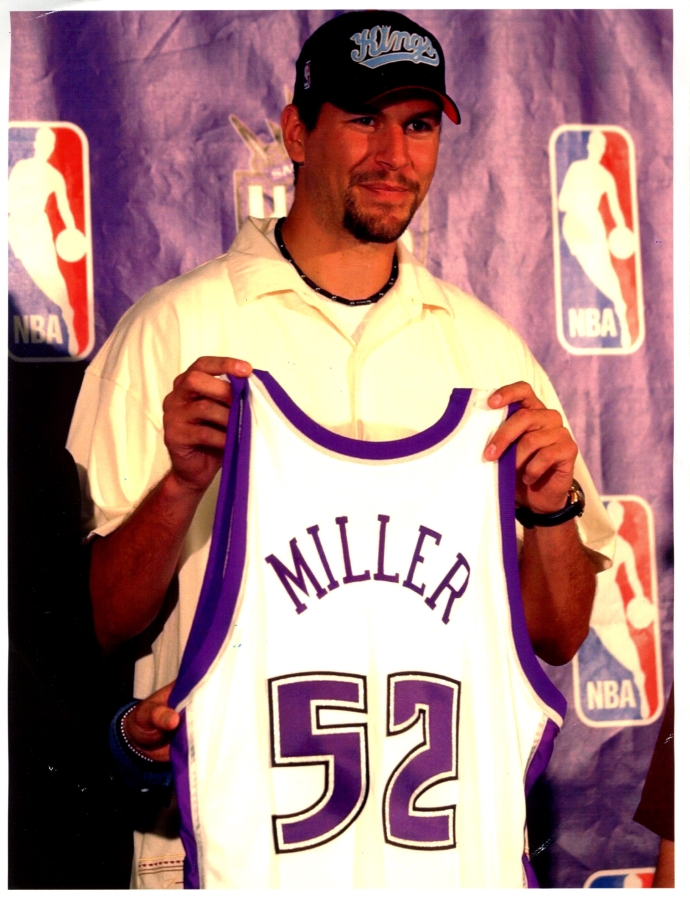 Athletic achievement is often stated in terms of heights reached, but few, if any, high school athletes ever reached the literal heights that Phil Yuska did as an East Noble pole vaulter. While Mr. Yuska’s pole vault records and achievements are what immediately jump out when viewing his high school athletic resume, he was in fact an extremely active, well-rounded athlete and student during his time at East Noble. In addition to Track and Field, Phil was a four year participant in the Tennis program, and also participated for four years in the Hockey program at East Noble. Outside of the athletic arena, he was an active member of Fellowship of Christian Athletes for all four years of his high school experience.

While performing at a high level in the above mentioned sports, it was in track and field, particularly in the pole vault, where Phil Yuska made his most endearing mark on the East Noble history books. A four year participant and four year letter winner in track and field, he showed signs of excellence immediately, setting the freshman pole vault record at 12 feet, 6 inches during his initial campaign. His senior season as a pole vaulter was nothing short of incredible. That year, 1984, saw him garner several awards on both the local, state, and national level. He was the 1984 East Noble Track and Field MVP, was selected to the Indiana State All-Star Track and Field team, was a member of the USA Today National Prep Track and Field team, and was honored with a selection to the All-American Prep Track and Field team.

The off-track honors he received were rivaled only by his exploits in the vault. Phil Yuska’s high school career was capped with an Indiana State Championship in the event in 1984 with a jump of 15 feet, 6 inches, a record that still stands at East Noble.

Mr. Yuska lists the state championship as his most memorable East Noble sport moment, saying: “After four hours of a grueling competition under the hot sun, the elation of coaches Bob Waterson and Mark Richardson, as well as that of my pole vault mentor Jim Stephens at the conclusion of the meet, was most gratifying. They had all invested countless hours in my training and to provide them with a first place finish and a new personal record was the culmination of our combined efforts. It was also made memorable by the presence at the meet of not only my family but also my longtime pole vault inspiration Gary Thrapp, and my good friend and teammate Andy Barker.”

Dr. Bob Waterson, Phil’s former coach, shared this about Yuska: When I think back about Philip Yuska I quickly remember one of the fiercest competitors I ever coached…I can unequivocally say is that Phil was an incredibly consistent competitor who performed at such a high level…The thing that set Phil apart athletically was his consistent improvement from year to year, never being completely satisfied with his past successes…In summary, Phil was simply an outstanding student-athlete who I remember as a really good person from a great family. I offer my most sincere congratulations to Phil Yuska for being named to the East Noble Athletic Hall of Fame…no one deserves this more!

Along with a state championship, Phil won 1st place in the prestigious Midwest Meet of Champions, which featured the best high school athletes in the nation. A tribute to his athletic and academic balance, he also was given the 1984 News-Sun Journalism award, along with the 1984 Kiwanis Scholarship.His performances on the track and in the classroom earned him a four year track and field scholarship to Purdue University, where he had a distinguished career, topped off with his qualifying for the 1988 NCAA Division I Outdoor Track and Field finals with a vault of 17 feet, 6 inches. The East Noble Athletic Family is proud and honored to welcome Mr. Phil Yuska to the East Noble Hall of Fame! 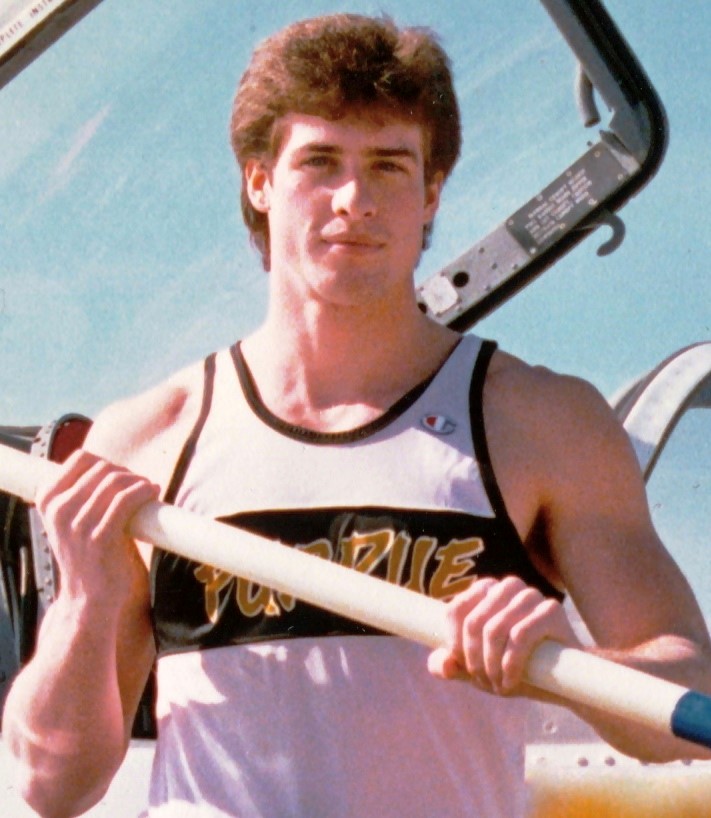